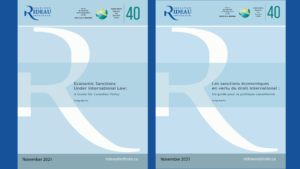 My report on economic sanctions has been published: “Economic Sanctions Under International Law: A Guide for Canadian Policy,” Rideau Institute and the Human Rights Research and Education Centre, University of Ottawa: Research Report (2021).

The abstract is below, and a short blog post that discusses the report was also published on the Rideau Institute blog.

Economic sanctions have become an increasingly favored tool of Western states in their international relations over the last several decades, but there have also been growing questions regarding the lawfulness of autonomous sanctions (those not authorized by the U.N. Security Council) generally, and so-called secondary sanctions and targeted sanctions more specifically. This report provides an examination of the nature and operation of both authorized and autonomous economic sanctions and the distinct areas of international law that govern the various forms of economic sanctions, with a view to informing Canadian foreign policy on sanctions.

The report provides an analysis of the different legal bases for possible objections that these different forms of sanction are unlawful, from claims that they may constitute unlawful coercive intervention, or be an unlawful extraterritorial exercise of jurisdiction, to claims that they violate specific principles of human rights law, or international trade and investment law. It also examines whether any such violations could be justified as legitimate countermeasures. The report finds that there is a degree of uncertainty regarding some of these aspects of international law, with differing perspectives between the developed and developing states on these questions.

The report provides a brief review of the Canadian domestic law authority for imposing economic sanctions, and places Canada’s current sanctions regimes within the context of the foregoing legal framework and analysis. Canadian law authorizes broad autonomous sanctions both against states and against individuals and private entities, though it has thus far avoided the use of secondary sanctions. The report ends with the suggestion that Canadian policy makers should take the unsettled state of the law as a cause for caution. Moreover, they should be mindful of Canada’s role in helping to shape the evolving customary international law regime, and whether the use of some economic sanctions may be inconsistent with its support for human rights, respect for sovereignty, and the international rule of law.

Questions regarding the meaning, importance, and operation of “lawfare” were recently discussed at a great conference on Legal Resilience in an Era of Hybrid Threatsat the University of Exeter. Several speakers explained how lawfare is being used by adversaries of Western states, and urgently argued that “we” must ourselves engage in lawfare as part of a comprehensive response to such hybrid threats. Yet I was left thinking that not nearly enough attention is being paid to the importance of developing principled limits on the conduct of lawfare, and that it is dangerous to urge the practice of lawfare in the absence of such limits.

The Meaning and Scope of Lawfare

It was interesting to note that there is not even a clear consensus on the meaning of the term “lawfare.” Generally speaking, it is understood to mean the use of law, or exploitation of aspects of a legal system, to achieve tactical or strategic advantages in the context of conflict. As the sub-title of Orde Kittrie’s book on the subjectsuggests, lawfare is the use of “law as a weapon of war.”

Kittrie, speaking at the conference, cited human shields as a prime example. On the one hand, adversaries such as ISIS use human shields to deter attacks by exploiting Western compliance with principles IHL, and to reap public relations benefits in the event civilians are killed. On the other hand, in response there have been recent efforts by Western states to pass domestic legislation and pass resolutions within UN institutions to facilitate the prosecution of those who use human shields. Both of these are characterized as lawfare—the use of law as a means to further strategic ends in armed conflict. While the enemy’s use of it is nefarious, ours is benign. This all sounds well and good, but as I will return to below, that distinction can be blurred.

Read moreWhat are the Limits on Lawfare? 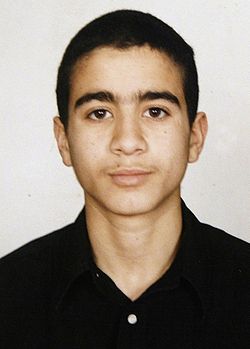