“The Canadian Use of Armed Drones: Legal Considerations,” Annual Conference of The Canadian Armed Forces Office of the Judge Advocate General, April 12, 2022.

Co-presenter and panelist, “Economic Sanctions: Legal and Policy Implications,” a symposium organized and sponsored by the Rideau Institute and the Human Rights Research and Education Center, University of Ottawa, Ottawa, Ontario, Canada, January 18, 2022.

“Challenging and Refining the ‘Unwilling or Unable’ Doctrine,” The Asser Institute, The Hague, The Netherlands, Apr. 25, 2019.

“Lessons From Japan on the Legitimacy of Informal Constitutional Amendment,” East-West Center, co-sponsored by the University of Hawaii, Honolulu, Hawaii, August 31, 2018.

“Change It to Save It: Why and How to Amend Article 9,” keynote address at symposium on Abe’s Constitutional Amendment Proposals, at Ritsumeikan University, Kyoto, Japan, August 4, 2017.

“The Use of Force Against Non-State Actors in Non-Consenting States: Challenging the Unwilling or Unable Doctrine,” at Law and Society Association Annual Conference, Mexico City, Mexico, June 21, 2017.

“The Reinterpretation of Japan’s Article 9 at the Intersection of Constitutional and International Law,” Japan’s Peace Constitution at a Crossroads Symposium, Ritsumeikan University, Kyoto, Japan, March 16, 2016.

Chaired a panel and presented a paper, “Informal Amendment, the Reinterpretation of Article 9 of the Constitution, and the Rule of Law in Japan,” East Asian Law and Society Conference, Waseda Law School, Waseda University, Tokyo, Japan, August 6, 2015.

“Denial of the Rights of Belligerency: The Forgotten and Misunderstood Clause in the Constitution of Japan”, Law & Society Association Annual Conference, Honolulu, June 9, 2012.

“Freedom of Expression and Hate Speech from a Comparative Perspective”, Faculties of Law and Journalism, University of Tuzla, Tuzla, Bosnia and Herzegovina, January 23, 2012.

“A Constitutional Case for Amending Article 9”, panel on Japan’s Peace Constitution at 65: Time for a Change, at the Woodrow Wilson International Center for Scholars, Washington D.C., September 22, 2011 (details and video available online).

Moderator for panel on use of surveillance and vérité street video in the judicial system, Annual Video and Visual Advocacy Conference, University of Pennsylvania Law School, October 2009.

“Returning to the Vanguard: A New Model for Japan’s Article 9,” Law & Society  AssociationAnnual Conference, Denver, May 2009.

“Sheathing the Sword of War: Law and the Constraints on the Use of Armed Force,” Toward Critical Mass: Conference on International, Transnational and Comparative Law, University of Toronto, January 2009.

Testified before the Senate of Canada Standing Committee on Foreign Affairs and International Trade, on issues relating to Canadian economic sanctions law and policy, Nov. 16, 2022. 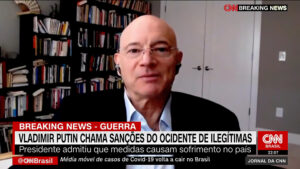 Interviewed for and quoted in, Neil Moss, “Some MPs Hope for More Transparency on Canada’s Military Response to Invasion of Ukraine,” The Hill Times, Aug. 30, 2022.

Interviewed for and quoted in, Connor Echols, “Whatever Happened to the ‘Rules Based International Order?'” Responsible Statecraft, Aug. 9, 2022.

Interviewed for and quoted in discussion of the legal issues relating to economic sanctions against Russia on CNN-Brazil by Heloisa Villela, March 12, 2022.

Interviewed for a news analysis panel on the dispute over Japan’s recent UNESCO cultural heritage listing, and its approach to its colonial history, on “The Point,” Arirang TV, South Korea, Jun. 24, 2020.

Interviewed for “Shinzo Abe’s ambition to revise the Japanese constitution,” on This Morning with Henry Shinn, TBS eFM, Seoul, South Korea, May 14, 2020.

Interviewed for comment on Article 9 and Revisionist History, in AERA Magazine, Japan, Aug. 10, 2015.

Interviewed for article on the Reinterpretation of Article 9 of the Constitution, Hokkaido Shinbun, Sappro, Hokkaido, Mar. 5, 2015.