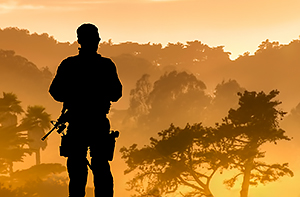 In this two-part essay I want to focus on how these crises implicate overlooked national security issues. More specifically, I examine how the climate change crisis will increasingly come to be seen in national security terms, and why we need to start thinking about how it will affect international collective security systems. As I have explored in a recent article (Atmospheric Intervention? The Climate Change Crisis and the Jus ad Bellum Regime), the climate change crisis will begin to exert pressure for changes to the jus ad bellum regime, and now is the time for us to begin considering and discussing how best to respond to that pressure.

In Part I of this essay I examine how excessive state contributions to climate change will come to be viewed as threats to international peace and security justifying collective action, and I examine in Part II how the jus ad bellum will be implicated, and why we need to begin now addressing the problems this will create.

This is not merely about the crisis becoming securitized, but also about it causing a reframing of security. The Coronavirus crisis already has many people questioning the scope and focus of our national security efforts and expenditure, and re-framing national security in terms of human security. The threat of a flu-like pandemic was not only foreseeable, but was explicitly predicted not long after the SARS epidemic in 2003, and yet largely because the U.S. ignored the threat and was woefully unprepared, the pandemic has already killed over 160,000 people, and is projected to kill another 150,000 before the end of the year. Tens of thousands of those deaths were caused by inadequate preparation and response.

Read moreU.S. Missile Strikes in Somalia and the Laws of War 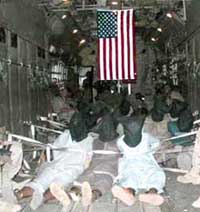