The Senate is to take up ratification of the New START treaty for consideration again this week. While much has been written on the debate over the issue, there are important considerations that are not being sufficiently addressed. Quite apart from relations with Russia, a failure to ratify the treaty risks a fatal undermining of the nuclear non-proliferation regime.

To understand why this is so requires us to go back to the origins of the nuclear non-proliferation treaty (the NPT). When it was negotiated in the 1960s, to prevent the further spread of nuclear weapons, there was a grand bargain struck. In exchange for agreeing to forswear nuclear weapons, the non-nuclear countries that jointed the regime were promised assistance with the development of peaceful nuclear energy, and the recognized nuclear-weapons states committed to make meaningful efforts towards nuclear disarmament.

189 countries are now party to the NPT, and the treaty has survived as the primary legal framework for the international effort to prevent the proliferation of nuclear weapons. There is no other legal prohibition against the development of nuclear weapons, and absent the NPT and its underlying bargain, there is indeed no principled basis why some countries should be permitted to maintain nuclear weapons while the rest are denied the right to develop them. 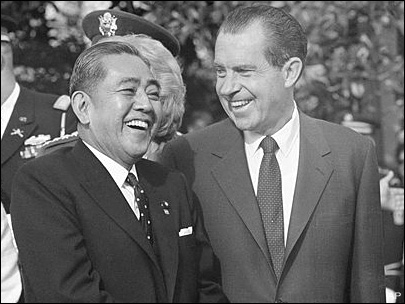 The prime minister’s advisory panel on national security has recommended a reconsideration of Japan’s adherence to the so-called three nonnuclear principles. The panel specifically urged that the third principle, the prohibition on the introduction of nuclear weapons into Japan (which forbids not only the stationing of weapons in Japan, but even the transit of weapons through Japan), be relaxed in order to permit the U.S. greater freedom in deploying nuclear weapons in Japanese territory.

This is a bad idea for many reasons, but for one it would be inconsistent with the Constitution.

As is well known, Article 9, paragraph 1 of the Constitution renounces war and the threat or use of force as sovereign rights of the nation, while paragraph two prohibits the maintenance of armed forces or other war potential, and denies to Japan the right of belligerency. The long established official understanding of paragraph 1 is that Japan can only use the minimum military force necessary for its individual self-defense. It cannot use or threaten the use of armed force for collective self-defense, or for U.N. collective security operations.

Even this understanding, long embraced by successive governments, the courts, and the Cabinet Legislation Bureau, is a strained interpretation of a clause that clearly prohibits those uses of force that remain sovereign rights under international law — which are limited to individual and collective self-defense, and collective security operations. But the proposed changes to the nonnuclear principles would violate Article 9 under even the official interpretation.

The three nonnuclear principles were articulated by the government of Prime Minister Sato in 1967, and formally adopted in a Diet Resolution. Japan went on to sign the Nuclear Nonproliferation Treaty in 1970 and ratified it in 1976. The nonnuclear principles caught the imagination of the Japanese people and quickly became powerful elements of the broader pacifist identity associated with the constitution. As the only victim of nuclear weapons, this stance also made Japan a powerful symbol for the nonproliferation movement. Sato won the Nobel Peace Prize for his efforts.