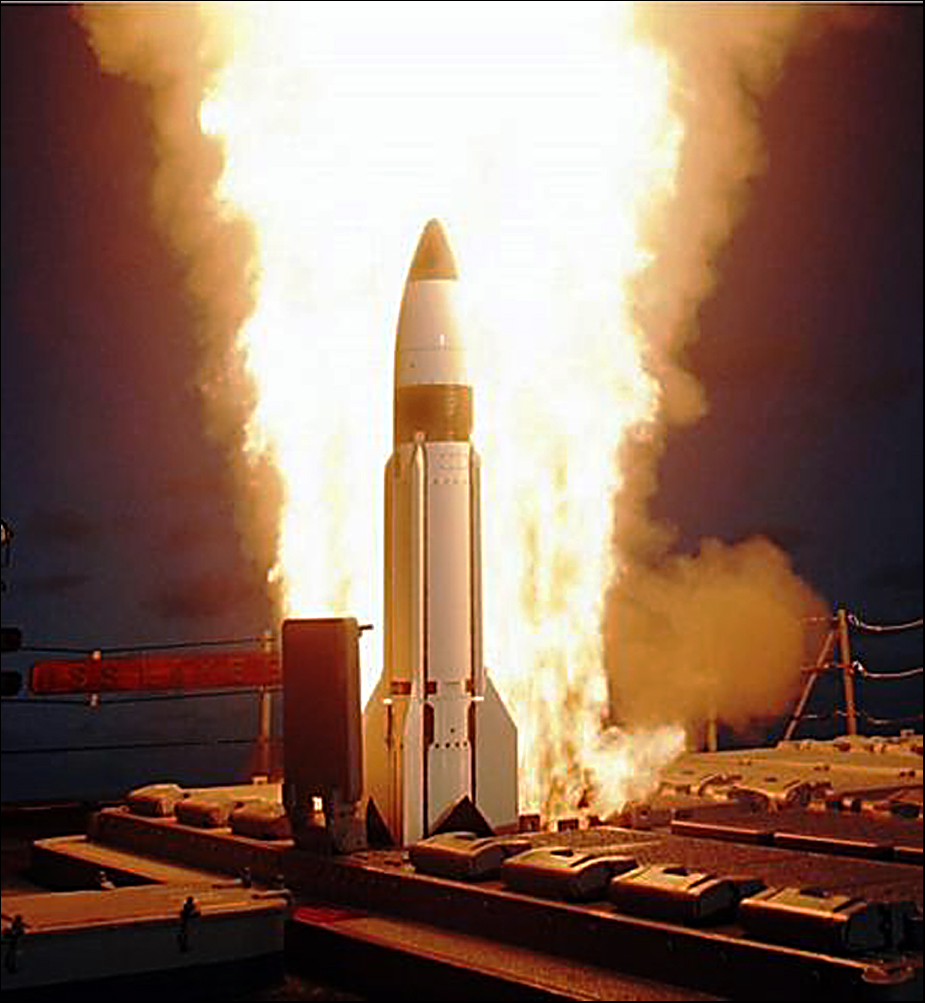 An equally difficult problem, however, may be distinguishing between debris and the rocket itself. And indeed, it is not so difficult to imagine a temptation among some in the chain of command to rely on that difficulty, and to take a shot at the rocket itself. Shooting down the missile itself, under cover of confusion, might be seen as sending a powerful message regarding both Japan’s BMD capability, and its political will to use military force to defend Japanese territory.

Therein, of course, lies the legal problem. The missile is expected to be at an altitude of 600 – 1000 kilometers above the Earth by the time it is passing over Japan (link). In other words, it will be in what is generally considered, for legal purposes, “outer space”. While there is no exact definition of the demarcation between a state’s territorial air-space, over which it may exercise complete control, and the lower limits of outer space, the most accepted range is 160 kilometers (or 100 miles). That is the lowest altitude that can sustain free orbit.

Outer space is, under international law, the “province of all mankind”, and all nations have both the right and an interest in the exploration and use of outer space (link). While states may control absolutely and deny access to the airspace over their territory, they have no control over, or right to interdict, the passage of vehicles through the area of outer space that lies above their national territory.

If Japanese forces were to fire on and destroy the North Korean missile in its trajectory over Japan, it would first of all exceed the authority conferred by Article 82 of the SDF Law. It would also be a violation of the international law governing the use of outer space. The fact that the launch might itself be in violation of a U.N. Security Council Resolution would not alter that fact. Moreover, it would constitute the use of armed force against the vessel of another country, and that would have both international law and constitutional ramifications.

Indeed the constitutional issue is the most important in terms of Japan’s internal legal order. For this use of armed force against the vessel of another country in an international common area (that is, outer space), would most certainly constitute a violation of Article 9 of the Constitution. Paragraph 1 of Article 9 provides (in part) that “the Japanese people forever renounce war as a sovereign right of the nation and the threat or use of force as a means of settling international disputes.”

There can be no doubt that there is an international dispute among North Korea on the one hand, and Japan, the United States, South Korea and indeed the rest of the international community on the other. The dispute centers on North Korea’s continued efforts to develop nuclear weapons and delivery systems. It is a dispute that has been the subject of U.N. Security Council Resolutions, including Resolution 1718 of 2006, which prohibits North Korea from any further ballistic missile testing (link). Shooting down a rocket that is widely suspected to be a disguised ballistic missile test would constitute a use of force as part of efforts to resolve this international dispute, and thus would violate Article 9.

For those who might be tempted to feebly raise the issue of self-defense, in these circumstances there would have to be very clear and compelling evidence that the trajectory of the rocket was such that it was certain to hit Japanese territory before any claim of self-defense could gain credence. The preliminary evidence is that the missile is programmed for a trajectory taking it over Japan and into the Pacific, and that it is indeed carrying a satellite rather than a warhead (link).

The launch by North Korea is a most unwelcome provocation, and there are all kinds of arguments about how the international community should best respond. But a miscalculation by Japanese forces in the frenzy over preventing “debris” from falling on Japanese territory, could not only gravely complicate the international situation, but also create serious legal and constitutional problems for Japan.