My latest law review article has just been published: “Challenging and Refining the ‘Unwilling or Unable’ Doctrine,” 52 Vanderbilt Journal of Transnational Law 245 (2019). The abstract is as follows:

This Article challenges and proposes refinements to the “unwilling or unable” doctrine. Governments after 9/11 have invoked the doctrine to justify the use of force in self-defense against non-state actors (NSAs) operating within the territory of nonconsenting states. Responding to criticism that it lacked substance and a legal foundation, Daniel Bethlehem famously developed more detailed principles to embed the policy firmly in law, strike a balance between the interests of target states and territorial states, and bridge the gap between scholars and policy makers. His principles were embraced by governments as reflecting custom. The effort was laudable, but the principles fell short of their objective, and they create a risk of destabilizing the jus ad bellum regime.

This Article notes that the principles do not reflect custom, and it examines some of the ways in which they are inconsistent with the established understanding of the jus ad bellum regime. Specifically, they: lower the threshold for what constitutes an armed attack; eviscerate the temporal component from the concept of imminence, thereby destabilizing the core principle of necessity; improperly import the law of state responsibility into the jus ad bellum analysis; and undermine the independence of the international humanitarian law (IHL) and the jus ad bellum regimes. Finally, the principles do not provide sufficient guidance on how or by whom a range of key determinations are to be made, particularly regarding the “ability” or “unwillingness” of the territorial state. The principles lump all these determinations together, and suggest that they may all be made unilaterally by the target state, governed only by a single, low reasonableness standard. All of this weakens the constraints of the jus ad bellum regime more generally, thus raising the risk of inter-state war.

The Article takes seriously the operational imperatives in dealing with the threat posed by terrorist organizations, but proposes refinements to the principles to address each of these problems, so as to achieve greater consistency with established principles of the jus ad bellum regime. It develops new ideas on imminence, and drawing upon theories of self-judgment in international law, it disaggregates the decisions that have to be made and proposes differentiated standards to govern their execution and later assessment.

Questions regarding the meaning, importance, and operation of “lawfare” were recently discussed at a great conference on Legal Resilience in an Era of Hybrid Threatsat the University of Exeter. Several speakers explained how lawfare is being used by adversaries of Western states, and urgently argued that “we” must ourselves engage in lawfare as part of a comprehensive response to such hybrid threats. Yet I was left thinking that not nearly enough attention is being paid to the importance of developing principled limits on the conduct of lawfare, and that it is dangerous to urge the practice of lawfare in the absence of such limits.

The Meaning and Scope of Lawfare

It was interesting to note that there is not even a clear consensus on the meaning of the term “lawfare.” Generally speaking, it is understood to mean the use of law, or exploitation of aspects of a legal system, to achieve tactical or strategic advantages in the context of conflict. As the sub-title of Orde Kittrie’s book on the subjectsuggests, lawfare is the use of “law as a weapon of war.”

Kittrie, speaking at the conference, cited human shields as a prime example. On the one hand, adversaries such as ISIS use human shields to deter attacks by exploiting Western compliance with principles IHL, and to reap public relations benefits in the event civilians are killed. On the other hand, in response there have been recent efforts by Western states to pass domestic legislation and pass resolutions within UN institutions to facilitate the prosecution of those who use human shields. Both of these are characterized as lawfare—the use of law as a means to further strategic ends in armed conflict. While the enemy’s use of it is nefarious, ours is benign. This all sounds well and good, but as I will return to below, that distinction can be blurred.

Read moreWhat are the Limits on Lawfare? 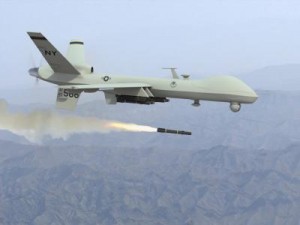