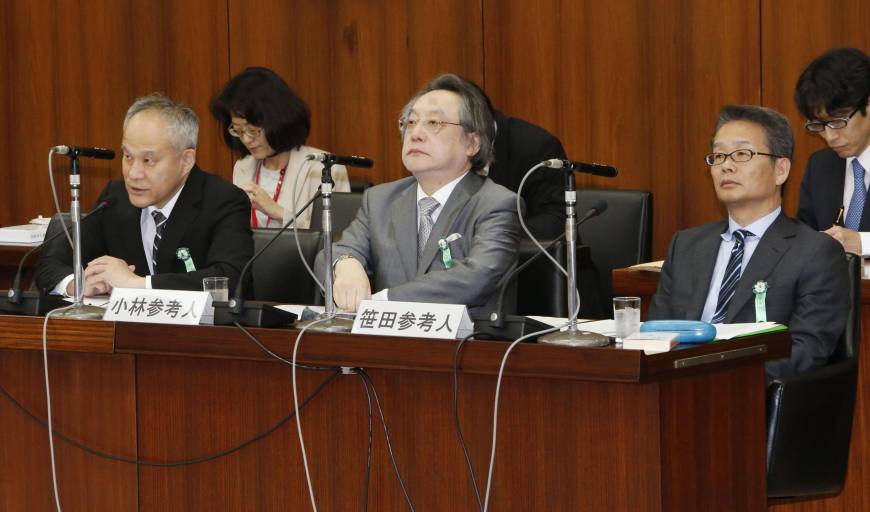 Some review of the facts is necessary. It will be recalled that Prime Minister Shinzo Abe, frustrated with the pace of legitimate constitutional amendment efforts, set out to reinterpret the Constitution’s Article 9, which renounces war as a sovereign right of the nation and the threat or use of force in the settlement of international disputes. Article 9 has been consistently understood by all branches of government, since sovereignty was fully restored in 1952, to mean that Japan is prohibited from using force for anything other than individual self-defense in response to an armed attack on Japan.

Specifically, it is understood that Article 9 prohibits collective self-defense (which is the right to use force to assist in the defense of a third country in response to an armed attack), and collective security operations authorized by the U.N. Security Council. This prohibition also means that Japan cannot provide rear area support to the armed forces of other countries engaged in armed conflict.

The Abe government first established an advisory panel of experts to provide recommendations on how to reinterpret Article 9 so as to permit Japan to engage in collective self-defense, and to more actively assist other countries engaged in armed conflict. The ad-hoc advisory panel, which had no constitutional authority and virtually no constitutional scholars among its members, released an updated report in the summer of 2014. Making a transparently result-oriented argument that the meaning of Article 9 must be understood to have changed because the strategic situation of Japan had changed, the report provided the desired recommendations.

On the basis of this report, the Cabinet issued a resolution that explicitly purported to reinterpret Article 9. The Cabinet resolution, dated July 1, 2014, provided that Article 9 should be understood to permit the use of force in collective self-defense on the satisfaction of certain conditions, and it reduced the limits on deploying the Self-Defense Forces (SDF) to assist the armed forces of other countries. Even more significantly, it relaxed the conditions for the use of force in individual self-defense, in ways that are inconsistent with international law.

This reinterpretation was first reflected in the revisions to the U.S.-Japan Defense Cooperation Guidelines, agreed to in April of this year. Then, in May the government submitted to the Diet draft national security legislation intended to implement the government’s so-called reinterpretation of Article 9. One omnibus bill would revise 10 existing national security laws, while the second bill would create a new law establishing permanent authority for the government to deploy the SDF abroad to assist foreign armed forces. It is these two bills that the three preeminent scholars (professors Yasuo Hasebe and Eiji Sasada of Waseda University, and Setsu Kobayashi of Keio University) declared unconstitutional in testimony before the Lower House Commission on the Constitution. This should have come as no surprise to anyone.

While we need not examine the legal analysis here, the legislation is quite clearly inconsistent with the long established understanding of Article 9. That was of course the very reason for the attempt to reinterpret the provision in the first place — to make possible these changes to defense policy, which would be otherwise unconstitutional. If the legislation was consistent with Article 9, there would have been no need for the reinterpretation.

There is a clear legal method for amending the Constitution. Article 96 of the Constitution provides that a proposal must be initiated in the Diet and approved by a two-thirds super-majority in each chamber, followed by approval by a majority of votes cast in a referendum. A unilateral resolution by the Cabinet cannot, by itself, change the text or alter the meaning of existing provisions of the Constitution.

How the Cabinet resolution is subsequently treated and understood, however, may nonetheless have an impact on the Constitution, and herein lies the danger. If the legislature passes laws that are intended to implement this reinterpretation, notwithstanding that such laws violate the long-standing understanding of the Constitution, and if the courts subsequently refuse to strike down such unconstitutional laws, then the reinterpretation could very well become a de facto amendment.

If that were to happen, then the government will have gotten away with a very deliberate and entirely illegitimate process of altering the Constitution, in complete disregard for the mandated constitutional amendment procedure. Such an illegitimate but de facto constitutional revision would pose grave risks for the rule of law, and for the continued normative power and stability of the constitutional order. Thus emboldened, the government could use similar methods to implement changes to fundamental rights, to the status of the Emperor, to the powers of the executive, or any other aspect of the Constitution that it finds inconvenient.

So how the media talks about the Cabinet resolution is extremely important. Media treatment helps frame the public discourse, and plays an important role in how the public understands such issues. The media should not, therefore, treat this reinterpretation as a fait accompli, thereby helping to make it a self-fulfilling prophecy. It should stop suggesting that the Constitution was in any way changed, and cease giving the so-called reinterpretation a legitimacy and validity that it does not enjoy under Japan’s constitutional system. It is crucial that the media understand and explain, as the three preeminent constitutional scholars have done, that the draft national security legislation must be analyzed and judged under the long established understanding of Article 9.

This has nothing to do with arguments about whether Japan should amend Article 9. There may be good reason for Japan to amend Article 9 so as to permit the use of force in collective self- defense. But such changes should come after a significant public debate, and through the formal constitutional amendment process. Validating the government’s attempted end-run around that procedure jeopardizes the constitutional order.